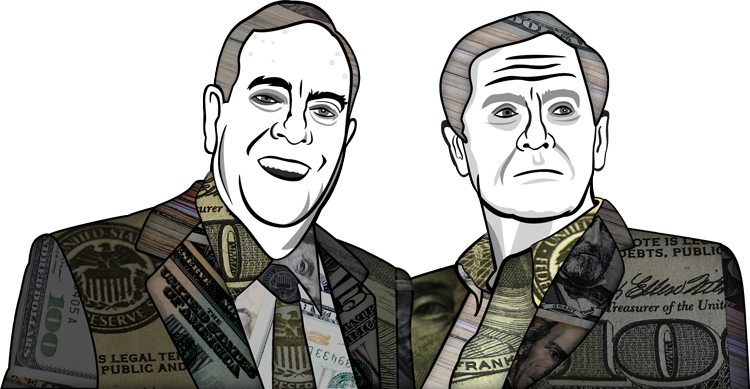 The Kochs' Agenda:
Then & Now 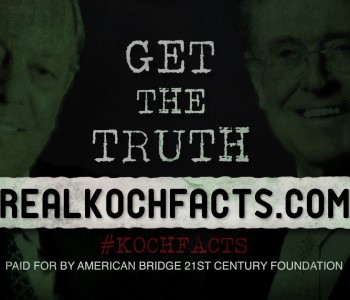 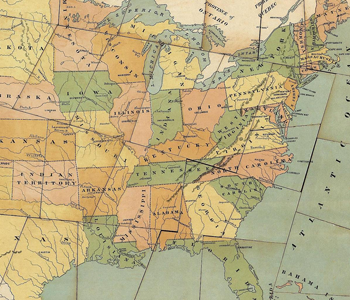 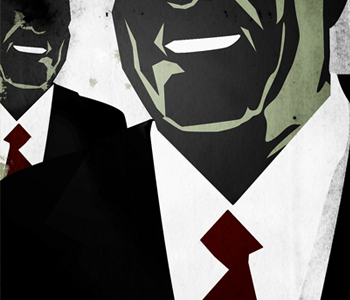 Trump and his transition team continue to rely on the Koch Network to staff their administration. Trump is looking to the Kochs’ Concerned Veterans for America to shape the Department of Veterans Affairs:

Trump met with VA Secretary contender Pete Hegseth who is a former president and chief executive of CVA
CVA has previously worked closely with retiring Rep. Jeff Miller who is also under consideration for VA Secretary
Senior CVA Advisor and author of a report on turning the VA into a nonprofit corporation Darin Selnick serves on the Trump’s transition team
Former CVA Advisor Amber Smith also serves on Trump’s transition team

CVA’s leadership under Trump would allow them to enact their policy goal of privatizing the VA despite polls indicating that two-thirds of veterans oppose the Kochs’ plan. Traditional veterans service organizations are becoming alarmed by growing influence CVA has in the Trump administration and what it might mean for the care […]

Donald Trump has tapped Congressman Mike Pompeo to head the CIA for his administration. Trump isn’t the only one who’s happy with his pick though. The Kochs must be thrilled to have one of their own running the country’s spy agency — just the latest addition to their own personal “intelligence agency.”

The president-elect may see Pompeo as a Trump loyalist now, but he’s been a Koch puppet for years. Pompeo earned himself the nickname “the Congressman from Koch” after Koch Industries invested in his company Thayer Aerospace. During his 2014 re-election campaign, the Koch brothers and their employees poured more than $100,000 into the race in addition to $10,000 from Koch PAC.

Since his first day in Washington, he’s been a Koch man through and through. According to the Huffington Post, Pompeo’s work to undermine and hamper the EPA showed “the height of irresponsibility — sacrificing public safety […]

Senator Pat Toomey has voted with the Koch agenda 100% of the time this Congress.

In return, Charles and David Koch have used their network to drop over $10 million into the Pennsylvania Senate race on Toomey’s behalf.

The billionaire Kochs’ policy agenda is grounded in nothing but pure self-interest — they couldn’t care less about what’s best for Pennsylvania families.

So it’s telling that Pat Toomey has taken the Koch agenda and made it his own. And so long as Toomey keeps putting the Kochs first at the expense of Pennsylvania, Charles and David will spend whatever it takes to keep him in Washington.

Pennsylvanians deserve a senator who will put them first, and spineless Koch lackey Pat Toomey just doesn’t meet that description.

In An Independent Expenditure Report Filing From November 3rd, Americans For Prosperity Reported Spending $2,540,644 On The Pennsylvania Senate Race. According to an FEC Schedule 5-E filing, Americans for […]

An explosion on the Koch owned Colonial Pipeline killed one person and sent five to a hospital Monday. The explosion burned 31 acres and the fire burned for nearly two days. This is the second time in two months that the critical pipeline has been shut down due to an accident in Alabama.

Koch Industries is the largest owner of Colonial Pipeline and makes an estimated $85 million a year in dividends from its operation. While Koch Industries makes a profit from their stake in the company, they will likely not face any charges for accidents on the pipeline because they have no liability associated with the company. House Democrats have called for a federal investigation into the latest explosion to try to get some answers.

Colonial Pipeline is a major artery for delivering oil from the Gulf to the East Coast. When accidents happen on the pipeline, consumers pay the price. […]

The Koch network’s faux-intellectual cover for the GOP-controlled Senate’s Supreme Court obstructionism reached a new pinnacle today. Cato Institute Senior Fellow Ilya Shapiro penned a piece arguing that–following a Clinton electoral victory–the Senate should, “vote against essentially every judicial nominee she names.” Shapiro laughably described this approach as “decent” and “honorable.” Shapiro’s editorial crescendoed to the claim that the Senate, “is fully within its powers to let the Supreme Court die out, literally.”

This is far from the first time that Koch-funded Cato has provided cover for McConnell’s refusal to even consider Supreme Court nominations. In February, Cato Institute Director of Health Policy Studies Michael Canon argued that the Senate didn’t have a responsibility to consider an Obama nomination and that the body can “withhold its consent anyway it wants.”

Fully pulling the mask away on the Cato Institute’s willingness to politicize the Court, Research Fellow Trevor Burrus suggested that the […]

Today, Bridge Project is releasing a new report on the Koch brothers’ influence in the Show-Me State, called “Show Me The Money: The Kochs Fight Against Working Families In Missouri.”

As the 2016 election comes to a head, the billionaires aren’t slowing down the fight to protect their puppets at the cost of Missouri families. As Republican Senator Roy Blunt struggles in his fight for re-election, the Kochs are flooding Missouri with money in hopes of rescuing the vulnerable senator and Republicans across the state.

Senator Roy Blunt has voted with the Kochs 86% of the time according to his Americans for Prosperity lifetime score.
During the 2016 election cycle, AFP spent nearly $500,000 attacking Democratic candidate Jason Kander.
Sen. Blunt is the “largest recipient of campaign contributions from employees of Koch Industries,” and Koch Industries was a top ten contributor to Blunt in 2016.
The Kochs’ PAC donated at least $161,700 to […]

The Kochs’ decision to focus their “closing argument” squarely on criticizing the Affordable Care Act is backfiring. While knocking doors with Americans for Prosperity in Nevada, Washington Post reporter James Hohmann didn’t encounter the negative public perception of the landmark law the Kochs were banking on. In fact, Hohmann reported that, “not a single person said that they oppose Obamacare or are negatively impacted by it. In fact, everyone who engaged with the door-knockers said they view the law positively.”

The Kochs have desperately avoided mentioning Donald Trump by name; but even when targeting what they believe to be voters sympathetic to their issues, the Kochs are striking out on drumming up the anti-ACA fervor that defined the 2014 cycle.  The billionaire brothers’ assault on ACA–and the lack of positive response to this messaging on the ground–demonstrates just how out of touch with everyday Americans the Koch brothers have become.

American Bridge Project is releasing a new report on the Koch brothers’ influence in the Tar Heel state, called, “The Kochs’ Carolina Takeover.”

From the anti-LGBTQ HB2 law to public education and environmental protections, the Kochs and their political cronies, like “third Koch brother” Art Pope, have worked tirelessly to turn North Carolina into their very own “model state.” Using puppets Governor Pat McCrory and Senator Richard Burr, the Kochs manipulated the system to their bottomline’s benefit at the cost of hard working families.

In the last six years, the Kochs have poured nearly half a million dollars into North Carolina state senate and house races in their efforts to protect Koch Industries’ special interests. The Koch company and its subsidaries have several locations in the state making it part of the frontline to defend their profits — no matter what the costs:

Roman is also well known as someone willing to embrace the kind of “rigged election” narrative pushed by the Trump campaign. Rick Hasen, a election law professor at the University of California, Irvine, described Roman as, “Somebody who has been more willing to put forth more outrageous statements about voter fraud and election process.”

The Trump campaign’s accusations of widespread voter fraud and “rigged elections” are sure to intensify with the hiring of the Kochs’ Mike Roman.

This morning the Koch network took another extraordinary step on behalf of Joe Heck. Concerned Veterans for America, soon to consolidate under the Americans for Prosperity banner, directly endorsed Joe Heck. In a panic to protect Heck, the Kochs are moving from issue-based advocacy to directly supporting their hand-selected minions.

Heck’s campaign has already received an unprecedented level of support from the Koch brothers’ political machine, including over $7 million in negative advertising from Freedom Partners Action Fund and the first instance of the Kochs’ LIBRE Initiative “explicitly backing” a candidate.

“This isn’t about veterans issues. The Kochs are nervous that they stand to lose a loyal puppet who’ll promote not just VA privatization but also the rest of the Kochs’ self-serving, anti-working families agenda.

“That’s why the billionaire brothers have been spending […]