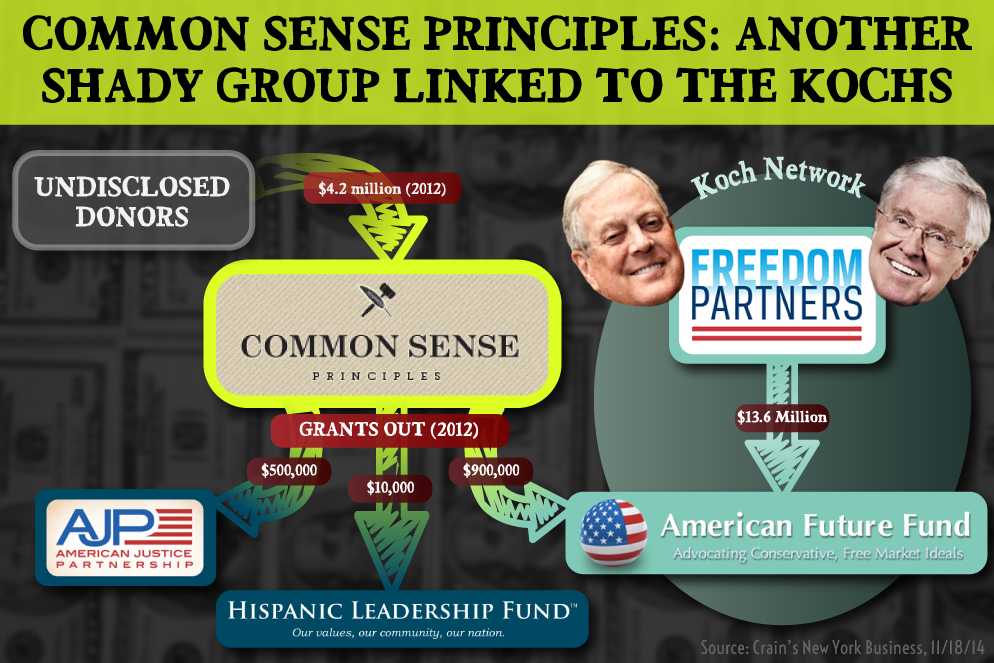 In 2010, Common Sense Principles, a dark-money “social welfare” group in New York, sprang seemingly out of nowhere and started spending big against Democrats in the state senate. The mysterious group earned the scrutiny of the Moreland Commission on Public Corruption, who described it as “daisy chain of out-of-state corporations and ‘ghost companies.’” That is to say, the shadowy group went to great lengths to avoid disclosing their donors and their connections.

Well Crain’s New York Business is now reporting that the mysterious Common Sense Principles has ties to The Koch brothers’ ever-growing political network. Surprise, surprise. During the 2012 cycle, Common Sense funneled $900,000 to American Future Fund, $500,000 to the American Justice Partnership, and $10,000 to the Hispanic Leadership Fund, all three of which operate within the Koch sphere.

Shockingly, nobody from any of those three groups returned phone calls looking for comment on the new Crain’s story. And […] 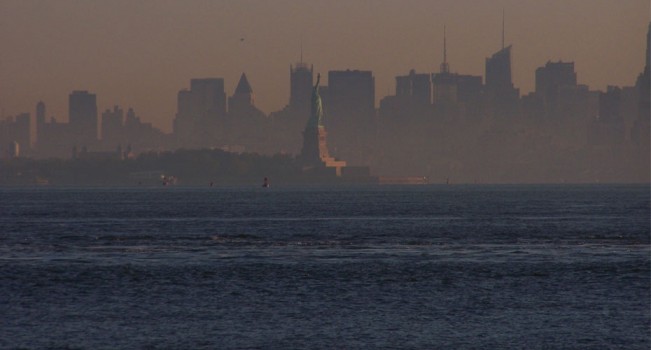