AFP Has A Lying Problem

The Kochs: Fighting To Undermine Government Since 1978
“The Kochs, with billions in holdings in energy, transportation and manufacturing, have a significant interest in seeing that future government regulation is limited.” That’s from a New York Times article in March titled “Koch Group, Spending Freely, Hones Attack on Government.” The point of the article was that the Kochs and their political groups aren’t just spending money to attack one policy, or to attack one candidate. They want to fundamentally undermine government because they have a significant financial self-interest in doing so. … Read More

AFP Is Incensed That Billionaires Pay Higher Income Taxes Than Working Families
The Kochs’ Americans for Prosperity has a funny definition of fairness. As in they find it patently unfair that billionaires should be burdened a higher income tax rate than working families. In their tax reform document, AFP bemoans that one reason people support a progressive income tax in part “based on a theory of fairness–which can include the desire to make the wealthy pay more due to the nebulous concept of their ‘ability to pay’ more.” In AFP’s fantasy land, apparently the only impediment to a minimum wage worker buying groceries for the week is the “nebulous concept of her ability to pay” for them. … Read More 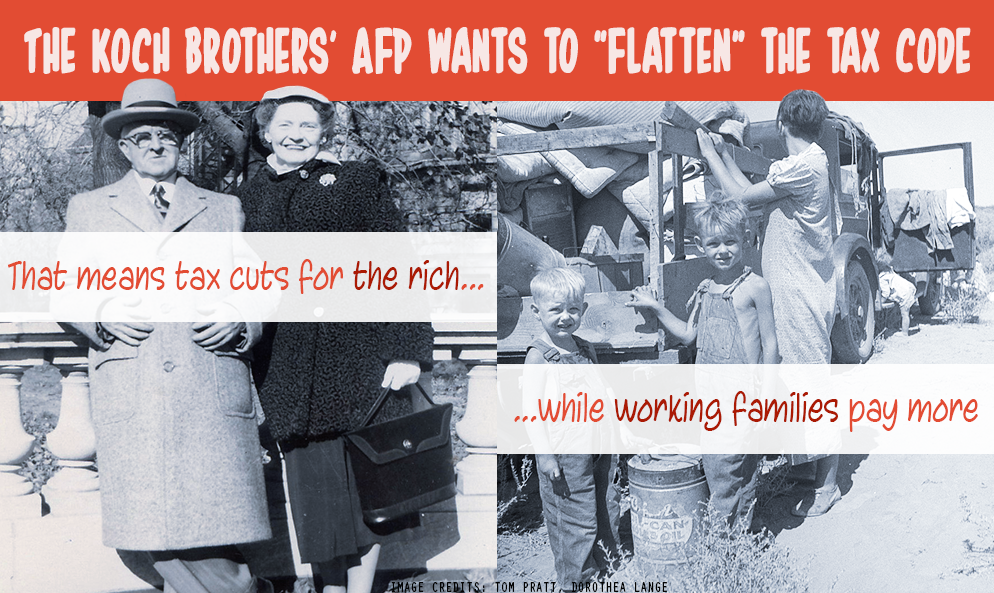 Kochs To Throw Another $30 Million Behind Their Self-Serving Agenda
The Kochs’ self-interested spending spree continues, with no end in sight. Politico reported this morning that the Kochs’ political umbrella group Freedom Partners is reserving $30 MILLION worth of airtime for this fall in seven states with Senate races. This is of course on top of the $125 million Americans for Prosperity has already announced it plans to spend this cycle, all to buy elections for the Kochs’ extreme conservative candidates of choice who they can trust to drive their self-serving agenda. … Read More

Koch Subsidiary’s Plant Releases Toxic Chemicals… Twice
Not once, but twice over the past month, employees at the Buckeye Mill in Perry, Florida, have been subjected to releases of toxic chlorine dioxide into the air. According to WCTV, on both May 22 and May 28, the harmful chemical was released from the plant, which is owned by Koch Industries subsidiary Georgia Pacific. … Read More 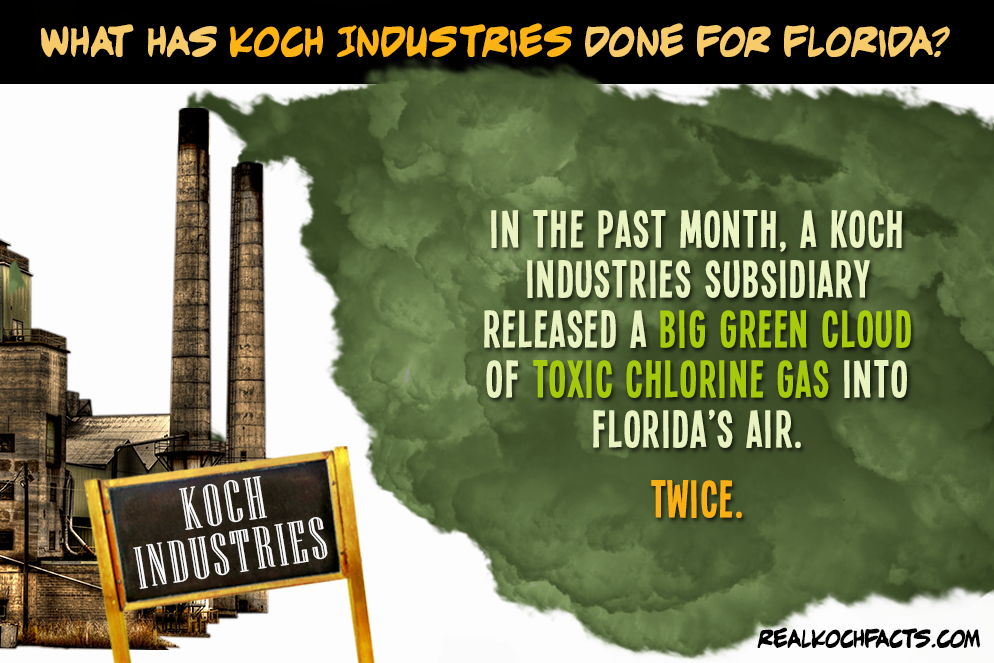 Thom Tillis Gives the Koch Brothers Two Thumbs Up
Per Ethel Merman, “there’s no business like show business,” but in North Carolina it’s more like “there’s big business in show business.” An NC State study has found that the film industry has benefited the state’s economy to the tune of 4,200 jobs. It follows that State House Speaker Thom Tillis, himself a “lifelong businessman,” said in September of last year that the “film industry is critical” to Wilmington and Charlotte and that he would support extension of the tax credit program in this year’s short legislative session. Fast forward to yesterday … Read More

AFP Opposes Proposal for Wealthy to Pay Their Fair Share
From ensuring tax breaks for Big Oil, to eliminating campaign finance laws or opposing minimum wage increases, Americans for Prosperity never hesitates to advocate for policies that line the pockets of the Koch brothers and AFP’s other ultra-wealthy backers. It follows that AFP reflexively opposes any proposals that dare to suggest that the super-rich pay their fair share of taxes. AFP has come out in support for lower taxes for the wealthy over a dozen times. … Read More

Terri Lynn Land has been the beneficiary of quite a bit of support from the Koch brothers’ Americans for Prosperity. $3.6 million of support, that is, in the form of baseless and debunked attack ads against her opponent. Maybe that’s why she was recently so quick to praise unlimited dark money in politics as “the American Way,” calling it “what’s great about our country.” Really? We here at Real Koch Facts think Americans may disagree that the prospect of an election being upended by billionaires flooding the airwaves with false advertisements attacking a candidate does not rise to the level of baseball and apple pie. … Read More