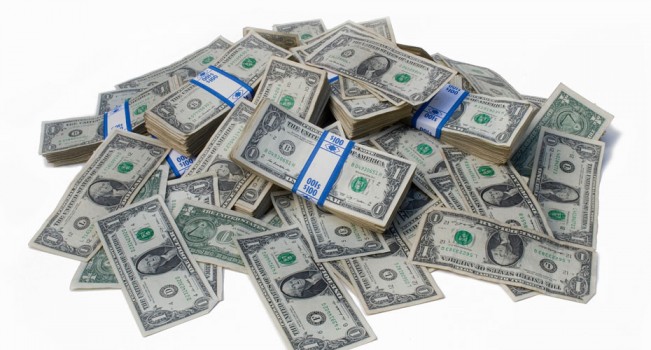 Terri Lynn Land has been the beneficiary of quite a bit of support from the Koch brothers’ Americans for Prosperity. $3.6 million of support, that is, in the form of baseless and debunked attack ads against her opponent.

Maybe that’s why she was recently so quick to praise unlimited dark money in politics as “the American Way,” calling it “what’s great about our country.” Really? We here at Real Koch Facts think Americans may disagree that the prospect of an election being upended by billionaires flooding the airwaves with false advertisements attacking a candidate does not rise to the level of baseball and apple pie.

But AFP’s Koch-funded agenda in Michigan goes beyond attempts to buy a Senate seat. AFP recently wasted $27,000 (more than $4 per vote) on an unsuccessful attempt to kill an effort to fund road repairs in Grand Rapids. They unsuccessfully lobbied against the bipartisan agreement forged by Michigan legislators to provide bankruptcy aid to Detroit. And they’ve unsuccessfully fought to stop a bipartisan plan to accept Medicaid expansion and extend health care access to 470,000 Michiganders, even vowing to spend “considerable resources” to call out the state senators who supported the measure to expand access to health care.

This is the Michigan agenda of the dark money machine Terri Lynn Land holds in such high esteem. They may not care about honesty, nor about the people of Michigan, but they have lots of money to throw at this Senate seat. And after all, that is, according to Land, “the American way.”