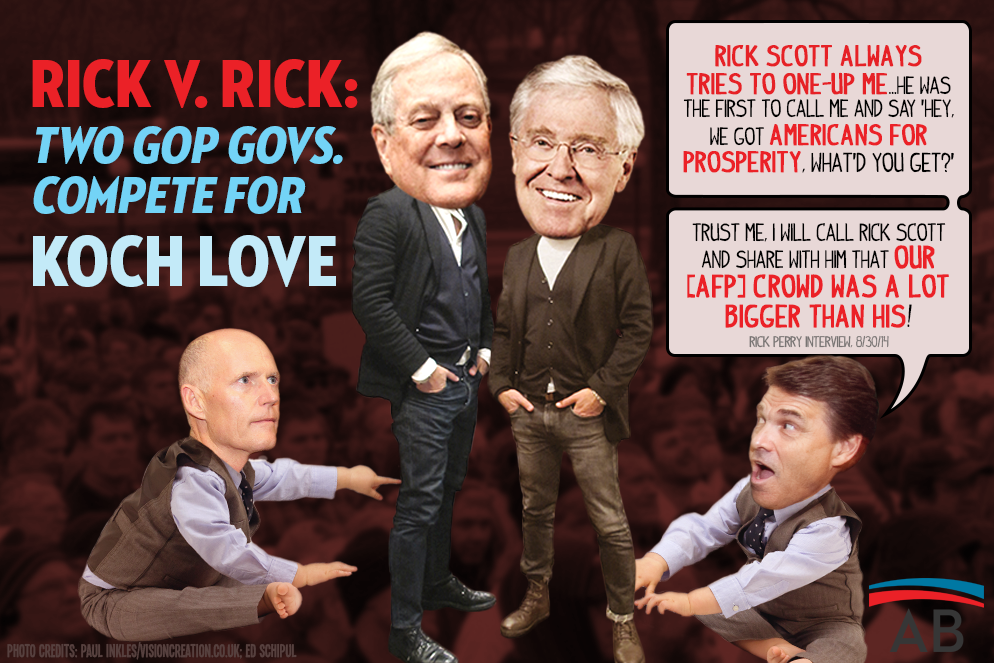 Perry opens the interview joking about how Rick Scott is always trying to one-up him, saying “Rick Scott always tries to one-up me, so you know, he was the first to call me and say ‘hey, we got Americans for Prosperity, what’d you get?'”

This was in reference to the previous year’s summit, which was held in Orlando, which sparked bewilderment from Tampa Bay Times:

Unless he’s worried about his base or the lingering threat of a primary challenge, it baffles us that Scott – who couldn’t find time to attend any of a three-day education summit he called himself – would find the time to speak at the AFP “Defending the American Dream Summit” Friday at Universal Florida. Maybe he hopes the Koch brothers, who founded AFP, will show some love to Scott’s Let’s Get to Work Committee.

But don’t worry, Perry got the last laugh. “Trust me, I will call Rick Scott and share with him that our crowd was a lot bigger than his!”

Let the record show, Rick Perry is not a laywer. Rick Scott is not a scientist. And neither of them is a moderate. They’re just a couple of scandal-plagued governors jockeying for the top spot in the Koch sweepstakes to the detriment of working families.