Though this weekend all eyes may be on Tuesday’s Wisconsin primary election, Wisconsin politics have been in the sights of the Koch brothers for some time.

From discovering a “rising star” in Gov. Scott Walker to their strong support for current Speaker of the U.S. House, Paul Ryan, Charles and David Koch have spent at least $23 million since 2010 buying their way into the Badger State to advance an agenda that is far from “Wisconsin nice.”

As governor, Scott Walker worked hard for his patrons, making teachers, social workers, and snow plow operators his Public Enemy #1. He slashed funding for senior centers, food banks, public schools, and universities, while at the same time gave tax breaks for the wealthiest and rewrote laws to help his corporate friends get off the hook. Walker was such a promising political investment for the Kochs that they had hoped to back him all the way to the White […]

As top state conservatives gather in Harrisburg today and tomorrow for the Pennsylvania Conservative Leadership Conference, many of the speakers and attendees are featured in the Bridge Project’s new report, “The Kochstone State: How the Koch Brothers’ Growing Influence Is Hurting Pennsylvanians.” The report lays out how the Kochs fostered and orchestrated the current political environment with their copious campaign donations and funding a network of radical political groups to drive their extreme, self-serving agenda.

From the Kochs’ aggressive in-state lobbying to get taxpayer-paid subsidies for Georgia Pacific, to pressuring state leaders to try to block oil and gas regulations, while they enable and supply fracking companies that contaminate Pennsylvania’s air, drinking water, and farmlands, the Koch machine has disrupted health services, threatened school closures, while casting the most vulnerable Pennsylvania residents into the political maelstrom the Koch brothers created.

“This is what the Koch brothers do to serve their bottom line,” […]

Without a “bold agenda,” warned Americans for Prosperity President Tim Phillips Tuesday on Fox News, Republicans cannot win the presidency in 2016. And with that, the Kochs sent the GOP a message: You can’t win without us in 2016 — and you’ll have to go all in for the Koch agenda to get our support.

In the interview, the Koch group’s president name-dropped Marco Rubio, Ted Cruz, and Ben Carson, giving them a not-so-subtle nod that they remain top contenders for the Koch network’s backing in 2016. But Phillips also made it clear that nothing’s a given: Candidates who want a crack at the Kochs’ $900 million have to go big and bold on the Koch agenda.

And we saw big — if not, bold — Koch pandering at Tuesday’s debate. From laughing off minimum wage increases to calling for Wall Street deregulation and massive tax cuts for the wealthy, the field […]

The Koch brothers have been involved with Libertarian causes for decades, ever since David Koch discovered a campaign finance loophole that would allow him to donate unlimited sums of money to a political candidate, so long as he was on the ticket. So he bought himself a $2 million spot on the Libertarian party’s 1980 ticket as the VP candidate, running on a platform of extreme deregulation, which would benefit Koch Industries and further line the brothers’ pockets. Fast forward to 2015, and the brothers are sponsoring a bizarre Libertarian movement in New Hampshire aimed at taking over and demolishing the state government.

The Free State Project‘s goal is to move 20,000 libertarians to the state and effectively overrun the state government and possibly even secede from the United States. Despite its extreme rhetoric, the Free State Project has deep connections to the Koch brothers. The New Hampshire chapter of Americans for Prosperity, the […] 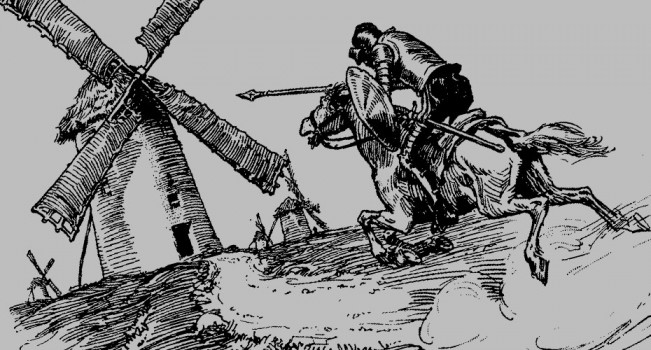 National Review: Hey, You Forgot To Mention How Successful The Kochs’ Self-Serving Crusade Has Been!

It’s good to know that there is bipartisan consensus that the Kochs have been on a decades-long self-serving crusade to augment their oil fortune. National Review just wants you to know that it’s been successful.

National Review’s Jay Weiser penned a response piece to the New York Times’ profile of David Koch and the Libertarian Party’s 1980 platform. The funny thing is, Weiser’s only real pushback was to the Times’ characterization of the campaign as “quixotic.” He sets the table nicely:

“The Kochs — then as now wealthy energy entrepreneurs — were drawn into political activism by the Nixon-Ford-Carter era energy crisis. … In that decade, Koch Industries, the family business, ran into legal trouble for violating federal energy price controls.

When the Kochs plunged into politics, brother David, taking advantage of a campaign-finance loophole, exercised his First Amendment right to spend unlimited amounts of money on his vice-presidential campaign.”