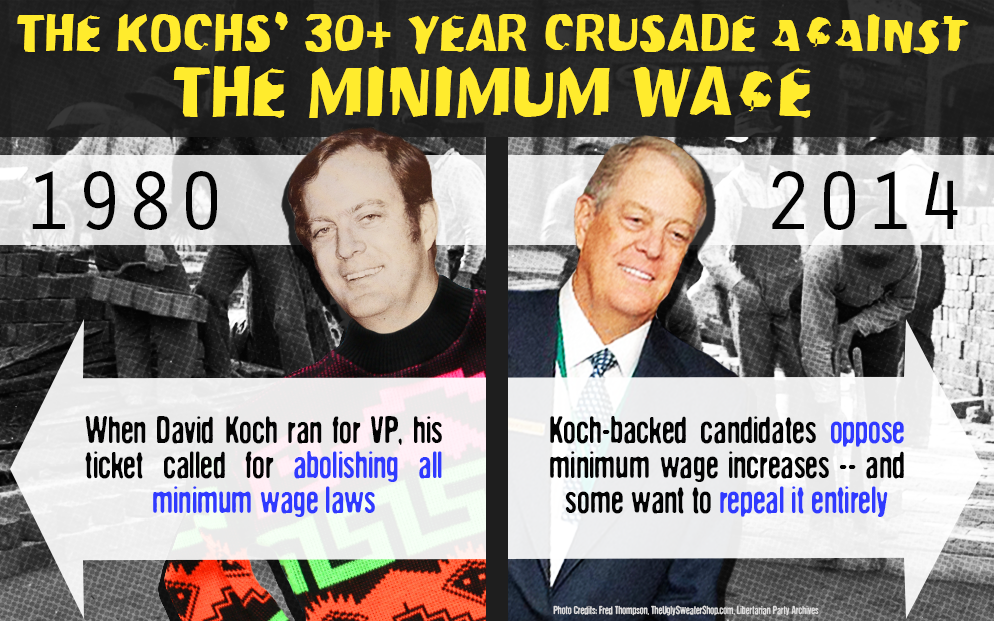 Clark-Koch Ticket: “We Should Abolish The Minimum Wage Laws.” In his book, “A New Beginning,” Clark wrote: “We should abolish the minimum wage laws and licensing laws so that people can once again be free to compete and to work, so that no bureaucrat or politician backed by special interested can ever again stand between a human being and a chance to work for a living, bringing with it the dignity of self-reliance, not the dehumanizing dependency of helpless poverty and unemployment.” [A New Beginning, p. 97, August 1980]

KochPAC Contributed $4,000 To Tillis In 2012. According to The Institute for Southern Studies, “The other $34,000 KochPAC contributed this year in North Carolina went to the campaigns of five individual candidates — all of them Republicans, who now control the state legislature. In the run-up to the general election, it made the following contributions, all on Sept. 28: […] * $4,000 to House Speaker Thom Tillis of Mecklenburg County, who is running unopposed;” [The Institute for Southern Studies, 11/1/12]