If the Koch brothers win,
working families lose.
The Koch brothers are trying to buy the mid-term elections to drive their self-serving agenda. Help us hold them accountable this year and beyond.
Real Koch Facts
Business Impact
North Carolina
Policy Agenda
Louisiana North Carolina Wisconsin
Just minutes after the news leaked that Ed Gillespie plans to run for Virginia governor in 2017, one of the first people to throw their support behind the former DC shadow lobbyist was unsurprisingly the leader of the Koch brothers’ front group Americans for Prosperity.

Gillespie has said he won’t make a formal announcement for at least a year but the Kochs are eager to get behind him because they know if he’s elected governor he’ll work to advance the Kochs’ agenda — an agenda that’s good for billionaires like the Kochs’ but hurts Virginia’s middle class. 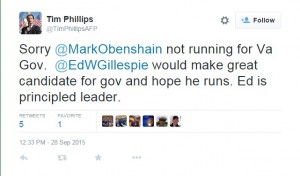 The Kochs have already said they’ll spend nearly $900 million to buy the White House and keep the U.S. Senate in 2016, and there’s no telling how much they’ll spend to prop up Ed Gillespie so that he’ll push the billionaire brothers’ agenda forward.
Related Posts

In An Off-Year Election, The Kochs Remain As Invested As Ever

Hey Koch brothers — Did we hit a nerve?