The Koch front group, Concerned Veterans for America (CVA), is touring through Florida over the next three days to push the brothers’ particular brand of extreme conservatism. While the shady group likes to claim it helps vets, it supports policies that do just the opposite. Hoping to expose their real political agenda, Bridge Project and VoteVets.org have teamed up and released a report on CVA titled, “The Vets Group That Fights Against Veterans.” 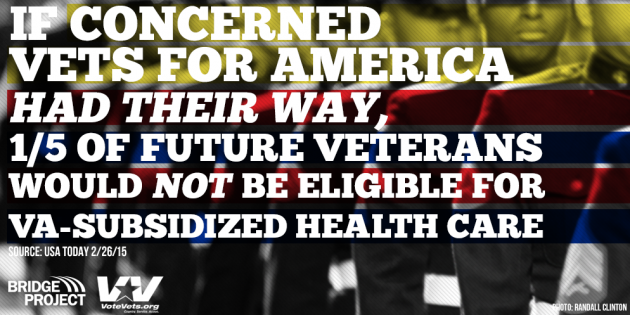 CVA promotes extreme right-wing policies that stand in opposition to nearly every other veterans group, as reported in the Military Times.

From pushing a plan to privatize the VA healthcare system to proposing a transition from the current military retirement system to a private 401(k)-like plan, CVA follows the radical conservatism of the Koch brothers, working to advance the billionaires’ self-interest at the expense of veterans. 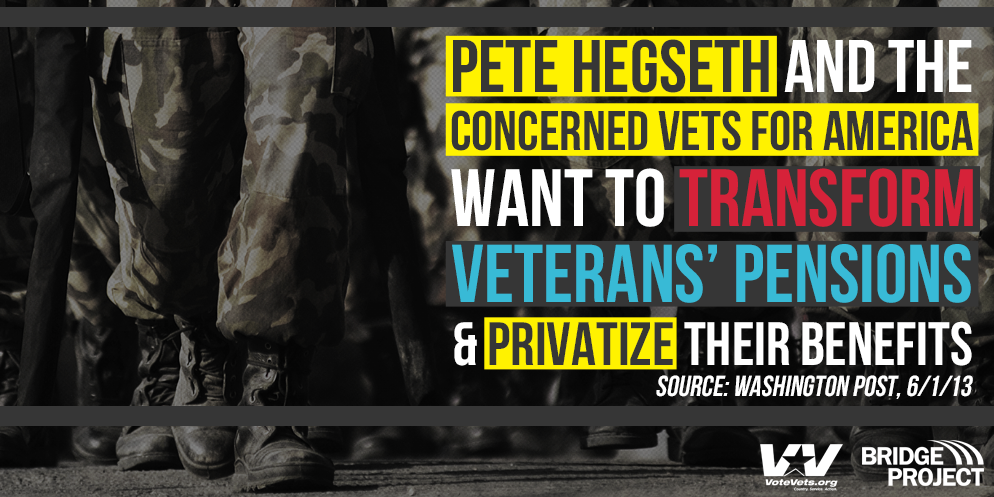 ​Bridge Project will be working with partners to hold CVA and the Koch brothers accountable as they plan to spend millions propping up GOP candidates and trying to buy elections. 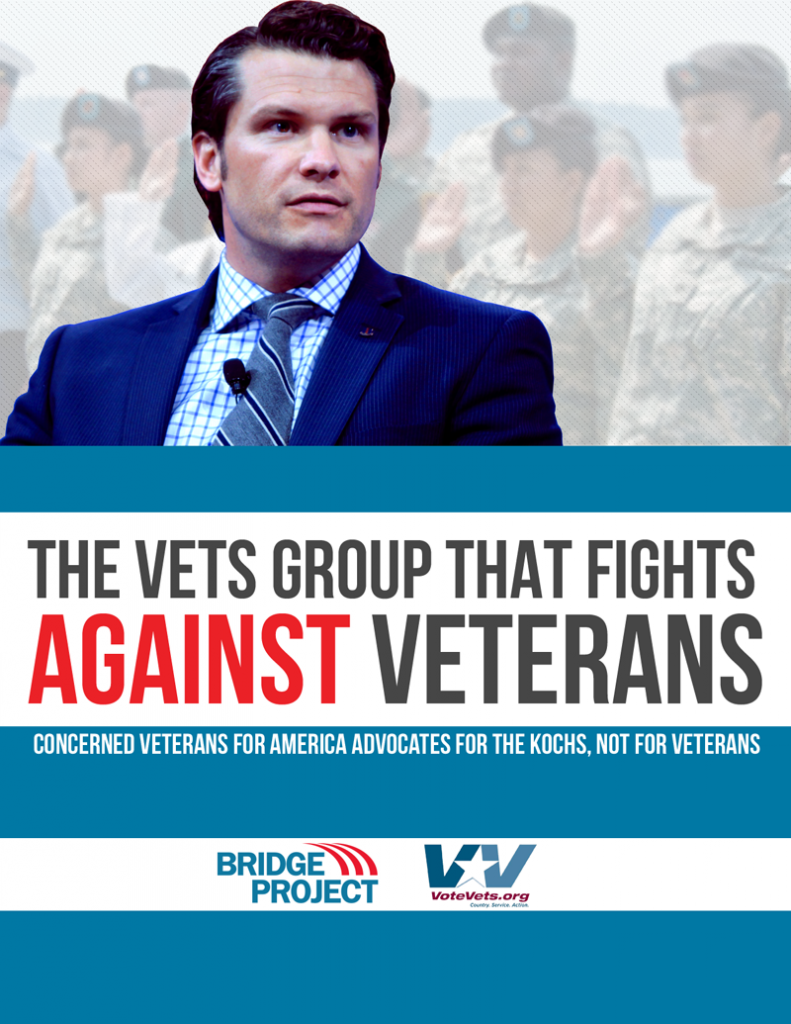