Over the past forty years, one thing about the Kochs has not changed: their willingness to spend their fortune to drive their extreme, self-serving agenda.

Whether it’s the $125 million their organization Americans for Prosperity has committed to spend in this year’s mid-term elections or the massive funds they spent on David Koch’s 1980 Libertarian campaign for Vice President, the Kochs are committed to seeing through their self-serving agenda.

In 1980, that agenda involved attacking Social Security and the minimum wage, and defending tax breaks for big oil.

The 1980 Koch-Clark campaign called Social Security “the most serious threat to the future stability of our society next to the threat of nuclear war” and called for phasing out the program, in addition to proposing to abolish ALL minimum wage laws. What’s more, the 1980 Koch-Clark ticket proposed cutting capital gains tax rates in half and eliminating the “windfall profits” tax on oil companies.

Read more about the Kochs' self-serving agenda after the jump.

The Washington Post’s Robert Costa reports that last night, “Washington’s leading conservatives gathered” to “privately vent frustrations about what kind of party they will be left with after November.” The focus of this conservative pow wow? Ensuring the Republican Party sticks with its far right agenda that denies basic rights to LGBT Americans, attacks women’s rights to make their own health care decisions, and takes a hardline stance against improving opportunity for undocumented immigrants. So much for the Republican Party’s “rebrand,” which was supposed to improve its outreach to women, Latinos, and gay voters.

Who else participated in this gathering of conservative elite? Several top operatives for the Kochs. The Kochs have long sought to drive the Republican Party’s agenda further right to achieve their own self-serving goals, even when that agenda comes at the expense of working families. Now, nothing has changed. 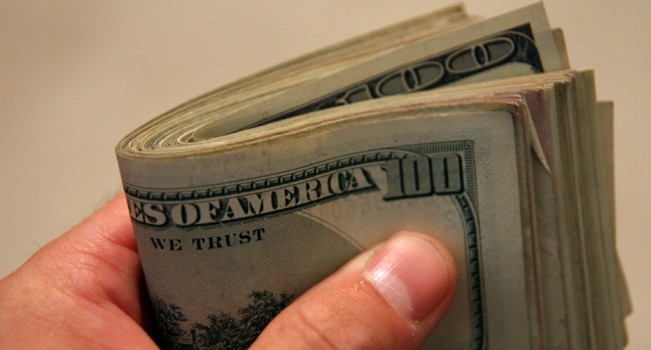 Charles and David Koch, notorious for pouring millions of dollars of their personal wealth to drive their self-serving agenda, won big when Citizens United gave them new avenues to influence elections. But the Kochs, whose political spending has helped fill Congress with extreme conservatives who support their agenda, didn’t just reap the benefits of this court ruling–they influenced it.

In 1977, the Cato Institute was formed, with Charles Koch as a co-founder. David Koch remains a board member who offers significant funding to the group. When the Citizens United Case came before the Supreme Court, Cato filed an amicus brief urging the justices to rule in favor of unlimited political spending. They argued that Congress can’t decide how much political “speech” – in their case, money – is too much.

For the Kochs, everything is an investment. And this investment has certainly paid off–at the expense of working families.

View full research after the jump.

The Koch brothers and their main political organization Americans for Prosperity spent more than $122 million in their attempt to influence the outcome of the 2012 election. Now, new reports show that the Kochs are planning to spend more than $125 million through AFP to try to buy this year’s midterm elections.

This shocking amount of spending is unprecedented for a secretive outside group controlled by two extreme conservative billionaires in a midterm cycle and is expected to rival even that of the national party committees. With this much money poisoning the electoral well, voters need to know what’s at stake

Indeed, the Koch brothers’ plan to buy the election is well underway, with AFP having already spent $35 million on ads attacking Democrats in contested Senate races this cycle.

In the last election, conservative outside groups spent more than $800 million attempting to defeat President Obama and secure Republican majorities in both houses of Congress. Led by Charles and David Koch and Americans for Prosperity, this conservative donor class’ agenda is “convincing Americans that big government is bad government,” according to the New York Times.

Keeping track of the enormous sums of money being spent by the Kochs and other conservative mega donors to advance their right-wing agenda is central to uncovering their modus operandi.

Conservative Transparency is an interactive database that allows you to do just that. We’ll continue to update the database throughout this election cycle, by combining publicly available donor information with hard-to-find tax documentation for the conservative foundations and nonprofits attempting to influence the outcomes of this fall’s elections. 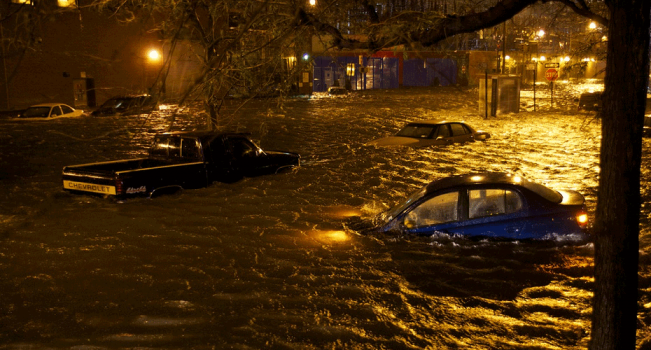 The well known expression “politics stop at the water’s edge” does not seem to apply to Americans for Prosperity’s response to disaster relief in recent years.

During Hurricane Sandy in 2012 and the resulting floods, the water’s edge caused billions of dollars of damage in the Northeast, yet AFP played politics with critical relief for the thousands of people impacted by the storm, opposing multiple proposals for Hurricane Sandy relief in the aftermath of the storm, citing a lack of offsets for the expenditures to aid victims. “Unless the legislation is fully offset with other spending reductions, I urge you to vote NO on the Hurricane Sandy disaster-aid supplemental,” wrote AFP’s director of policy in a message to lawmakers in January 2013.

What’s more, AFP vociferously opposed an amendment to the Hurricane Sandy supplemental appropriations bill that aimed to provide $33 billion in funding to protect key infrastructure against future disasters, again railing on the need for offsets. The group claimed it was “simply wrong” for lawmakers to consider funding for these long-term projects within the “emergency” relief package. 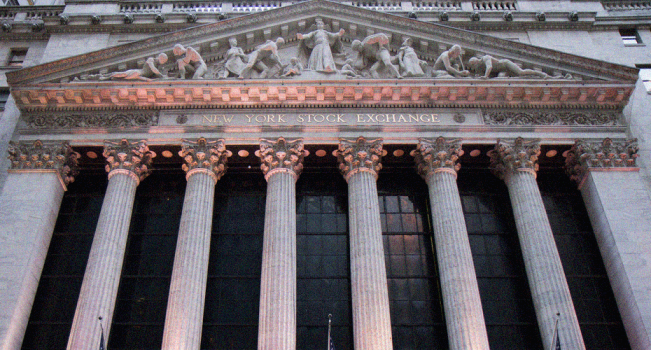 Out of an interest in protecting Wall Street from new regulations following the 2008 financial crisis, the Koch brothers-funded Americans for Prosperity opposed the Dodd Frank Act from its inception. Once it became law in 2010, AFP then encouraged members of Congress to vote in favor of subsequent efforts to repeal the measure.

According to AFP, the Consumer Finance Protection Bureau – an agency created by Dodd Frank and charged with protecting consumers from predatory financial products and services – is somehow “ill-named,” and thus the law should be repealed. 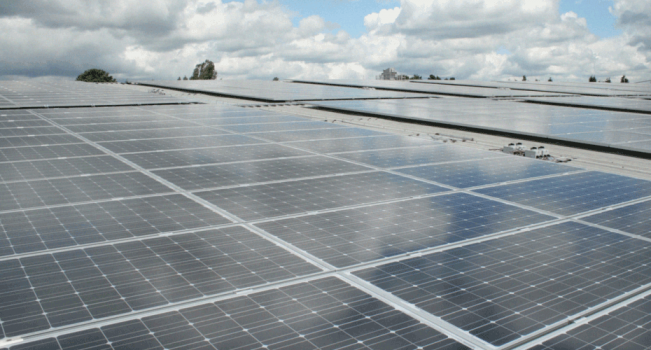 Through their backing of Americans for Prosperity, Charles and David Koch have attempted to block multiple tax credits, subsidies and initiatives that support the growth of the renewable energy industry. As the political arm of two titans of the fossil fuel industry, it’s no surprise that AFP has railed against renewable energy – everything from biofuels, to wind and solar.

In Georgia, AFP went a step further in their opposition to solar energy, propagating a claim that “a proposal requiring Southern Co. subsidiary Georgia Power to buy more solar energy could raise energy bills by 40 percent,” according to the Huffington Post. The same HuffPo report notes that “the claim is misleading.”

Not ones to discriminate in their opposition to different types of renewable energy, AFP and the Kochs have also opposed the expansion of the wind production tax credit. 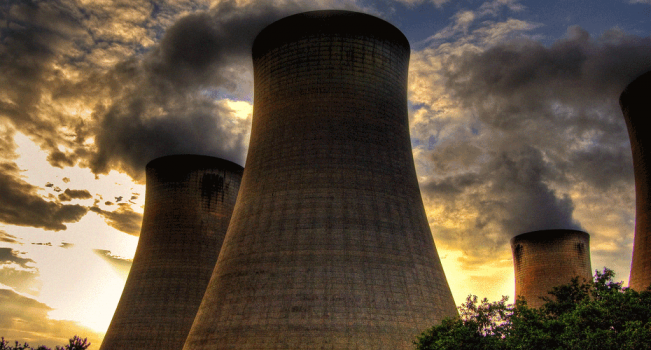 Americans for Prosperity, the Koch-funded advocacy group, is relentless in its pursuit of an extreme anti-regulation agenda, including basic protections for air, land and water. AFP has attempted to incite opposition to environmental protections.

AFP opposes Environmental Protection Agency regulations on toxic mercury emissions from coal-fired power plants, on the grounds that they serve to “needlessly devastate the coal industry,” without regard for the damage that these toxic emissions may be doing to the communities in which the plants are located.

Through their funding of AFP and its extreme anti-environmental protection agenda, the Koch brothers have signaled that corporate profits come first before the well being of our communities and environment. 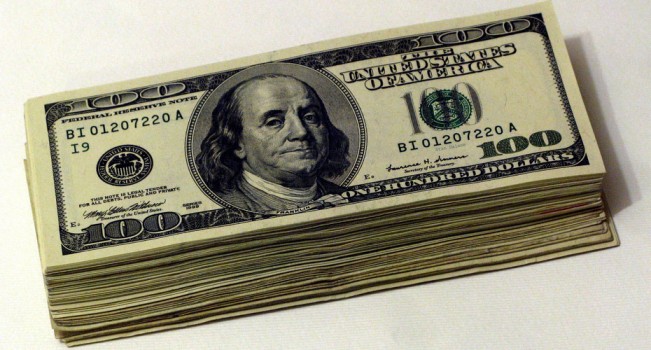 Tax Breaks for the Wealthiest Americans

In addition to lobbying for tax breaks for big oil companies, the Kochs through Americans for Prosperity have consistently pushed to reduce taxes on the wealthiest Americans.

Over and over again, the Kochs and their political groups have worked to give more money back to corporations and the wealthy while taking money out of the pockets of working families. 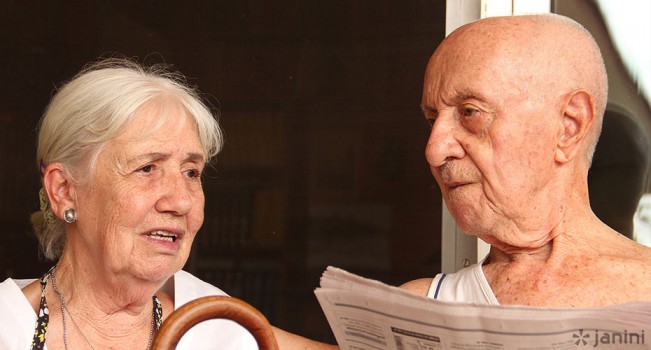 In America, we have long cherished the basic promise that if you play by the rules and pay your taxes, you have the opportunity to retire with security. But in the Kochs’ utopia, that doesn’t seem to be part of the bargain.

The Kochs and their main political group, Americans for Prosperity, have repeatedly made it clear that even Medicare and Social Security aren’t institutions worth protecting.

AFP’s war on seniors came into focus in 2011 when they endorsed Paul Ryan’s plan to replace Medicare with a voucher plan. It was a plan that Wall Street Journal said “would essentially end Medicare.” The nonpartisan Congressional Budget Office estimated that the plan would end up more-than-doubling the out-of-pocket costs to a typical 65-year old Medicare beneficiary by 2022.

And even after all this, AFP supported Ryan’s budgets the following two years as well, which contained very similar plans, as well as a plan to increase the Medicare eligibility age.

As if all their attacks on Medicare weren’t bad enough for seniors, the Kochs’ AFP disparaged Social Security in a “Legislative Alert,” saying: “The simple fact of the matter is that Social Security is a broken and antiquated program.”

Millions of American seniors who rely on Social Security to put food on the table and keep a roof over their heads may disagree.