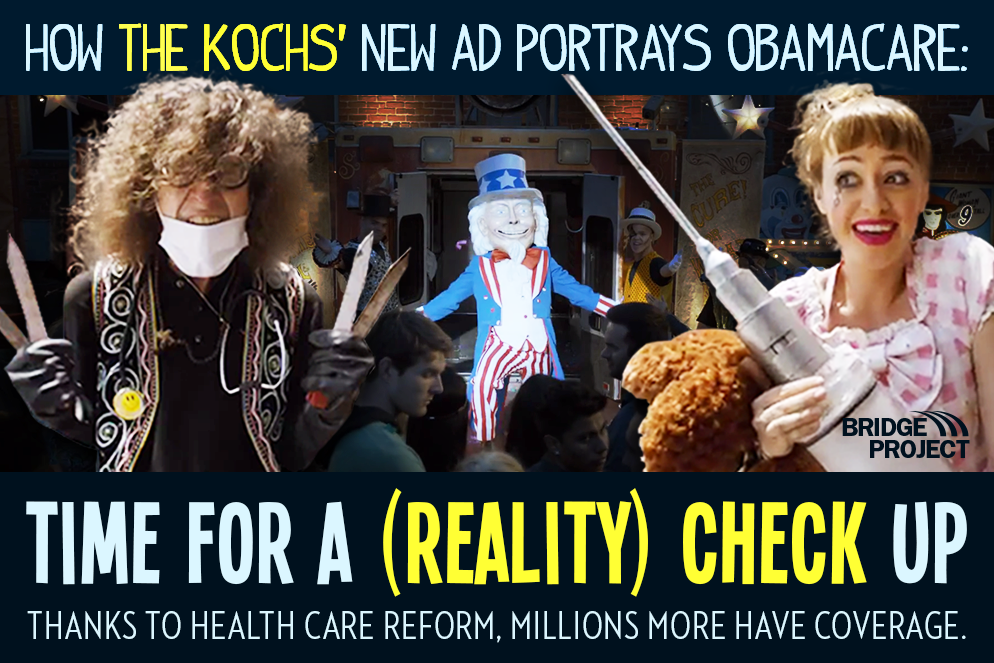 What do implied rape, beer pong and a fire-breather all have in common? Believe it or not, these are all tactics that the Koch brothers-funded group Generation Opportunity is using to try to dissuade young Americans from signing up for health care insurance coverage under the Affordable Care Act.

After the web ad debut of Generation Opportunity’s nonsensical Creepy Uncle Sam character, complete with a speculum, the group brought him on the road for a booze-filled tailgate party where models encouraged students not to sign up for ACA coverage. According to BuzzFeed, Generation Opportunity is now attempting to one up its efforts to creep us all out, this time with an anti-ACA “carnival” on the National Mall. The attractions include a “hipster girl with a gigantic syringe,” a fire breather, and of course, Creepy Uncle Sam as Emcee.

One thing that’s missing from this creeptastic extravaganza? Meaningful commentary on how Generation Opportunity and its billionaire backers would go about changing the ACA. As BuzzFeed notes: “The carnival isn’t advocating any specific policy or change to the law. It’s just an elaborate, anti-Obamacare roadshow.”

Because, after all, why engage with young voters when you can totally creep them out instead?