In their crusade against “corporate welfare,” the refrain that “government shouldn’t pick winners and losers” commonly emanates from David and Charles Kochs’ political organizations. But this apparent opposition to government involvement disperses when the Kochs stand to gain.

Georgia-Pacific, a subsidiary of Koch Industries, has been exempted from local property taxes for their Consumer Operations Center in East Baton Rouge parish for the past five years. During that time, the exemption netted the Kochs $1.9 million in savings–a hefty chunk of “corporate welfare.”

The property tax breaks may have seemed like a reasonable trade-off given the Kochs’ promise to create jobs at the center. But instead of creating jobs, the Kochs laid off 74 workers. Not such a bargain for the taxpayers. Luckily for the taxpayers of Louisiana, Governor John Bel Edwards has signed an executive order tying allocation of Industrial Tax Exemption Program dollars to job creation, […]

Bridge Project last week released a report exploring the Koch brothers’ role leading up to and in the aftermath of Hurricane Katrina — and exposing the Kochs’ previously examined contributions to the damage and opportunistic advocacy that willfully took advantage of the impacted region’s residents.

A crucial component of the Koch brothers’ involvement was their effort to advance policies to make flood insurance unaffordable to anyone but the most affluent — like them. As the Huffington Post reported:

The Bridge Project also details an unsuccessful Koch-backed legislative effort to oppose a bill that was intended to promote recovery by limiting premiums for flood insurance. The Homeowners Flood Insurance Affordability Act sought to place a limit on rate increases for people at higher risk of being affected by hurricanes and other damaging storms.

According to a report Tuesday from the Independent Weekly, Koch-backed Americans for Prosperity is planning to grow its presence in Louisiana. The report notes that AFP’s national president was recently in Louisiana meeting with donors and prospects.

AFP’s state president told the newspaper that AFP seeks to have an “impact on public policy in the state,” but did not specify which policies comprise this “laundry list” of issues. We certainly know what issue isn’t on AFP’s list — protecting Louisianans from sky-high flood insurance premiums. After Congress passed the Biggert-Waters act in 2012, in an effort to ensure the solvency of the National Flood Insurance Program, flood insurance premiums went through the roof for some Louisiana families. When lawmakers attempted to address these impacts, AFP did its utmost to end all federal flood insurance subsidies and succeeded in delaying Congress’ vote on the fix, which ultimately passed […] 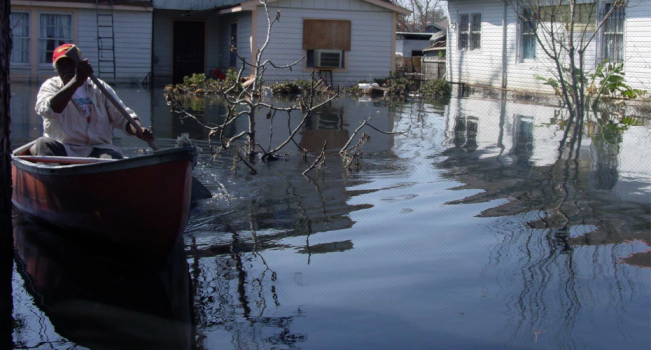 When Congress passed the 2012 Biggert-Waters Act, the goal was to keep the National Flood Insurance Program afloat after insurance payouts from several devastating hurricanes, including Katrina, left the program in debt. However, lawmakers did not foresee the legislation’s impact on Louisiana homeowners: sky-high flood insurance premiums for some of the same families that had already suffered through the “single most catastrophic natural disaster” in U.S. history. The Biggert-Waters Act hit some Louisiana families with annual premiums as high as $18,000 and threatened to destabilize the state’s property values and housing market.

Yet when Congress, backed by a wide bipartisan coalition, was preparing to halt the harmful effects the flood insurance hikes were having on Louisiana, the Koch brothers tried to intervene and kill the legislation. Their Tea Party-affiliated group, Americans for Prosperity, backed plans to end all federal flood insurance subsidies for property owners and preserve “the crux” of the faulty Biggert-Waters Act despite its harm to Louisiana homeowners. Although opposition from conservative groups like AFP caused House leaders to delay a vote on the fix, Congress passed the Homeowner Flood Insurance Affordability Act in March 2014, staving off Biggert-Waters’ extreme premium hikes despite the Koch Brothers’ efforts.