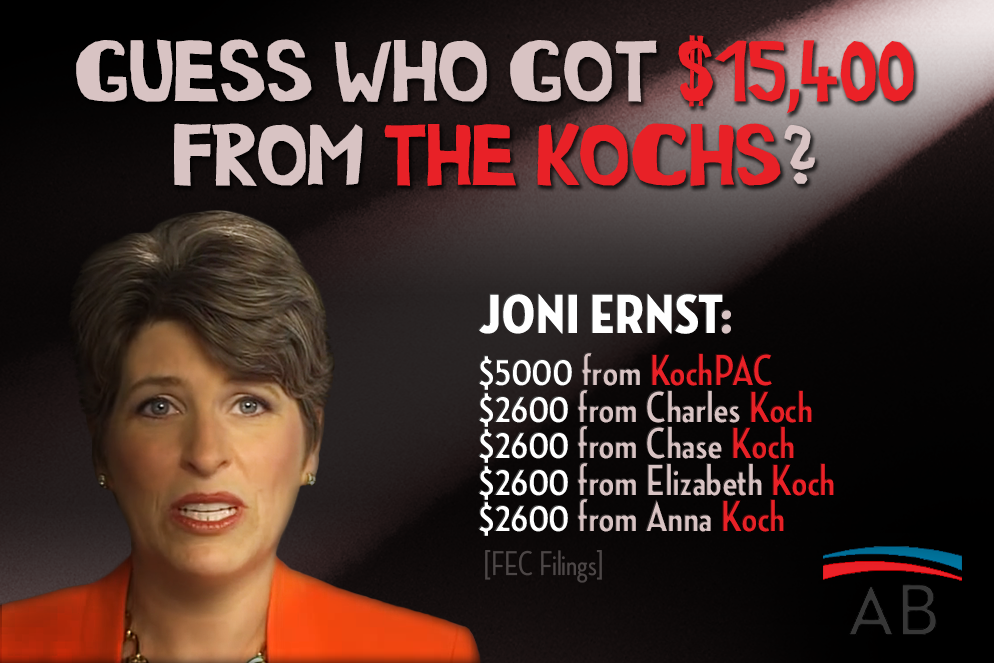 We recently introduced you to Koch-Crony Joni Ernst, and outlined how she’s in lockstep with the billionaires and their political outfit, Americans for Prosperity. Last week, The Hill reported that Charles Koch, his wife, son and daughter-in-law all gave the maximum contribution allowed by law to Ernst’s campaign last month, which the outlet deems “a sign of the Koch brothers’ particular interest in helping her campaign.”

Today brings yet another piece of evidence of the Kochs’ “particular interest” in supporting the extreme Republican nominee for Iowa’s open Senate seat, albeit a much less obvious one.

For her part, Joni Ernst has previously thanked AFP for running ads against her opponent and espouses a laundry list of Koch-approved policy positions, cementing her status as both a top Koch crony and beneficiary.

RFS: Good For Iowa, Bad For The Kochs, Who Will The GOP Side With?