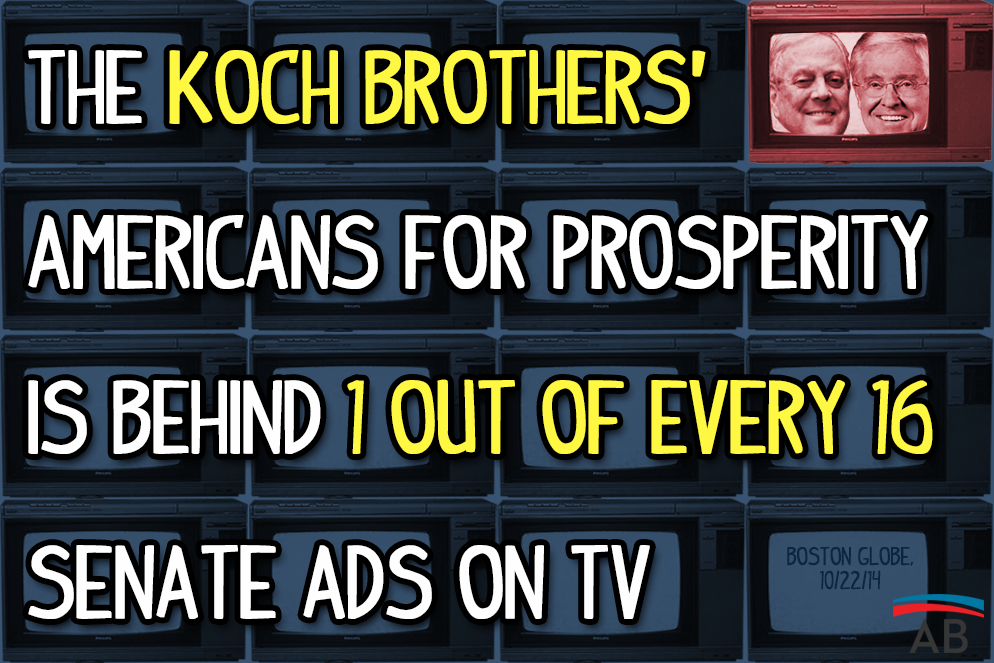 Dinner With The Koch Brothers

Sit down for a nice TV dinner with all your favorite family members — including the beloved Koch brothers of course!
In a Boston Globe report yesterday on “dark money” in campaigns, they offered this lovely nugget: “One of every 16 television ads in US Senate races from January 2013 through August were paid for by a single group, Americans for Prosperity.”
One out of every 16 Senate ads the country! And that’s to say nothing of the flurry of other groups that are funded by the Koch brothers. The Kochs’ defenders like to pontificate about free speech and demonize those who continue to make part of the conversation about the billionaire brothers.
But Kochs have truly inserted themselves into the conversation. Not just the political conversation, the dinner conversation. At every. Single. Commercial break.