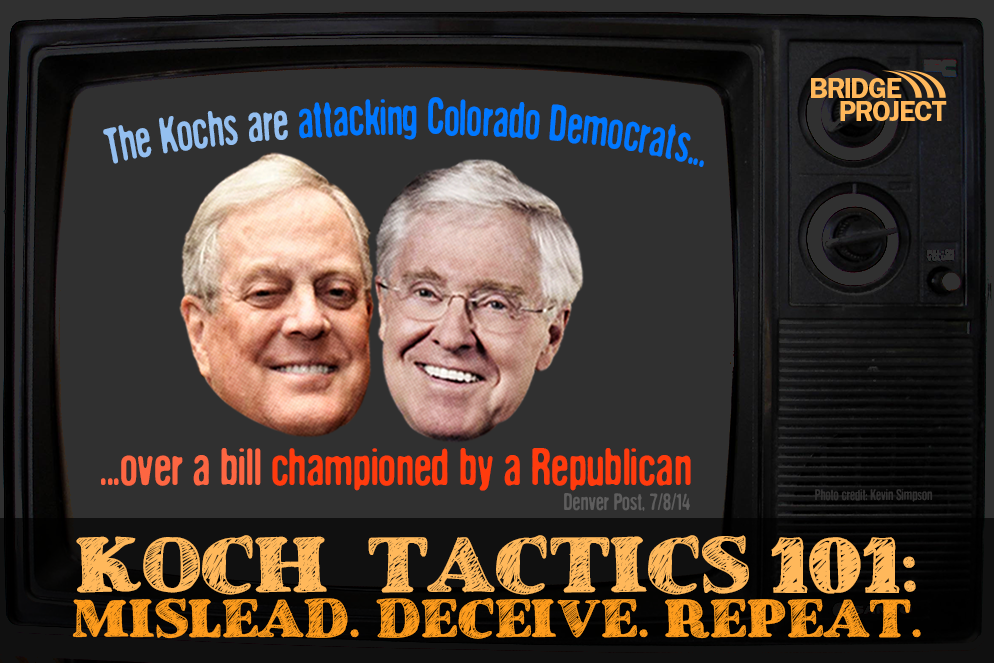 AFP Takes Its Traveling Circus Of Misleading Ads To Colorado

The Kochs’ Americans for Prosperity continues to blaze an impressive trail in shamelessly misleading attack ads. Their newest endeavor, like many of their others, is an attempt to tie lawmakers to Obamacare and smear the new law. But this one is different.

AFP is buying television ads to go after three Democratic state senators for supporting a bipartisan bill that allowed Colorado to establish its own health care exchanges. The bill was championed by then House Majority Leader Amy Stephens, a Republican.

According to the Denver Post, Stephens’ said that the business community was influential in her decision to sponsor, and went on to explain that her reasoning was that “if [Obamacare] is going to be in place, we needed to make it as pro-market and as free-market as possible.”

AFP’s ads conveniently left out that the bill was championed by a Republican in an effort to make the Affordable Care Act as market-friendly as possible and reduce the federal government’s role in implementation.

Per usual, no room for those pesky little facts.