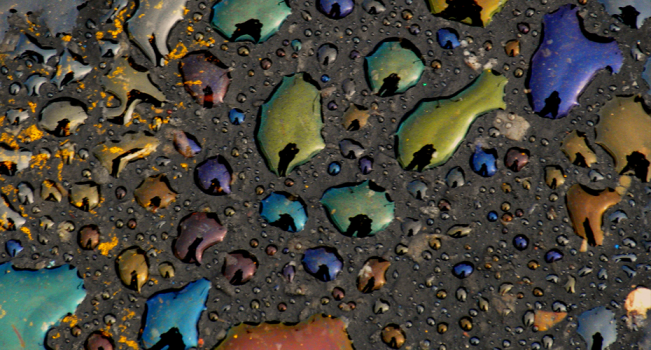 Koch Industries Owned A Percentage Of The Colonial Pipeline

Colonial Pipeline Ran From Houston Area To New York Harbor And Delivered 95 Million Gallons Of Oil And Gas A Day. According to the Associated Press, “Colonial Pipeline delivers a daily average of 95 million gallons of gasoline, diesel fuel, home heating oil and aviation and military fuels through its 5,519 mile pipeline stretching from the Houston area to the New York harbor.” [Associated Press, 11/2/02]

Colonial Pipeline Ran Under Greensboro, North Carolina. According to the Greensboro News & Record, “But the lingering pollution beside this pleasant, suburban street illustrates the downside of Greensboro’s prominent role in the nation’s vital network of fuel pipelines. The city acts as a major juncture for both the multistate Plantation and Colonial pipeline systems, privately owned competitors that run large-scale tank farms near Piedmont Triad International Airport amid intricate networks that serve millions of consumers.” [Greensboro News & Record, 5/5/13]

Colonial Pipeline Was Three To Six Feet Underground For Much Of Guilford County. According to the Greensboro News & Record, “The two pipelines travel side by side, 3 to 6 feet underground through a big chunk of Guilford County, burrowing underneath High Point’s Oak Hollow water-supply lake in two places and bordering very close to Lake Brandt before going their separate ways to Washington, New York City, Roanoke, Va., and many points in between.” [News & Record, 5/5/13]

Oil Spilled Into The East Fork Deep River In 2000, Resulting In A $34 Million Settlement

In 1996 And 2000, Colonial Pipeline Spilled 754 Gallons Of Fuel Into The Deep River And An Unnamed Creek. According to the Greensboro News & Record, “Colonial Pipeline officials acknowledge today that they operated through much of the 1990s without proper respect for the environment. The era culminated in a $34 million court settlement that Colonial paid for violating the Clean Water Act after a series of spills between 1996 and 2000, including two events in Greensboro that spilled a total of 754 gallons of fuel into the east fork of the Deep River and another unnamed creek.” [News & Record, 5/5/13]

In 1996, 1.2 Barrels Of Gasoline Spilled Into An Unnamed Creek In Greensboro. According to the EPA, “Greensboro, North Carolina: Approximately 50 gallons (1.2 barrels) of gasoline spilled, some of which entered an unnamed creek and adjoining shoreline in Greensboro, N.C., around May 17, 1996.” [EPA, Viewed 3/31/14]

Colonial Pipeline Put New Measures In Place For Safety After The Incidents In The 1990s. According to the Greensboro News & Record, “The company instituted rules giving all employees the power and responsibility to stop the whole system if they reasonably suspect something’s amiss, Baker said. Company training put added stress on environmental stewardship and safety measures. Colonial’s system wide spending on measures to protect the environment rose to $100 million last year, he said.” [News & Record, 5/5/13]

Colonial Pipeline Paid $34 Million Court Settlement For Spill. According to the Greensboro News & Record, “The era culminated in a $34 million court settlement that Colonial paid for violating the Clean Water Act after a series of spills between 1996 and 2000, including two events in Greensboro that spilled a total of 754 gallons of fuel into the east fork of the Deep River and another unnamed creek.” [News & Record, 5/5/13]